A new filing claims the Georgia secretary of state's office destroyed servers that housed confidential voter registration and election system management data "under the supervision of, if not by, government lawyers."

A group of Georgia voters [including Constitution Party of Georgia chairman Ricardo Davis] and a nonprofit election integrity organization seeking to force the state to use paper rather than electronic ballots in future elections have accused the secretary of state and governor of destroying evidence in the case.

As controversy continues about Georgia’s unverifiable voting equipment and its results, the safer option for Georgia voters continues to be voting from the convenience of home to reduce the risk of vote manipulation. The Constitution Party of Georgia urges voters to avoid the lines and create evidence of your vote via mail-in ballot.

Here is a list of voting options for Georgia voters by risk:

Should “In God We Trust” Return to Public Life and Be Backed by Law?

On July 30, 1956, President Dwight Eisenhower signed legislation establishing, “In God We Trust,” as America’s national motto in 36 US Code 302.

According to Fox News, public school officials in Alabama are looking to put God back into their schools through displays of the national motto.

The Eagle Has Landed at TKA!

At the invitation of Mrs. Anna Johnson, teacher at The King's Academy in Woodstock, the 12th grade American Government class got a visit from the Constitution Party of Georgia this semester. 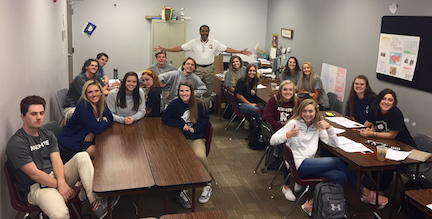