Are Votes on Third Parties Wasted? 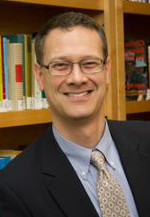 When American voters go to the polls this election season, they will see the familiar names of the Democratic and Republican candidates, along with some names that may be completely unknown to them. A few third party candidates, such as Ross Perot or Ralph Nader, have gained widespread recognition, but most candidates outside the mainstream seem to have little impact on American politics. Two political parties dominate the political landscape, and third parties seem permanently relegated to the irrelevant fringes.

Most people see votes on third parties as wasted votes, perhaps even worse than useless. The general assumption is, if a third party candidate has no chance of winning, then it is foolish to lower the chances of the next-best, big-party candidate. Voting for a lesser-of-two-evils candidate who can win would be better than voting for an ideal candidate who will lose.

Think of American political ideas as fitting on a spectrum from left to right. Assume that most voters fit somewhere in the middle, as moderates, and that the distribution of political opinion is symmetric (for example, people on the far left are just as uncommon as people on the far right). It might look like a bell-shaped curve. Democrats of course occupy the territory to the left, and Republicans the territory to the right.

Next, assume that there are only two candidates, and that people vote for the candidate whose ideas are closest to their own. Any “space” on the spectrum between the two candidates will therefore be split evenly between them, as the voters cast their votes toward the nearest candidate. To gain more votes, each candidate has the incentive to move toward the other candidate, attracting more of the votes in the area between them. Therefore, both candidates will gravitate toward the middle of the voter spectrum. Looking at politics this way, we can understand why Democrats and Republicans so often appear to have virtually the same policy proposals. Voters on both the far left and the far right will be perennially frustrated as they see the candidate closest to them moving toward the middle.

The solution, for some on the fringes, is to start a third party. It is true enough that there is no significant chance that a third-party candidate would be elected to national office. But this is not the point. For a right-wing third party, for example, the goal would be (a) to gain publicity for right-wing ideas and (b) to threaten the Republican candidate with the loss of a number of voters on the far right. As we saw in the 2000 presidential election, even the loss of a few voters can constitute a serious threat. If the Republican does not respond by making important concessions to those on his right, he could lose the election to a candidate from a unified left. Of course, the Democrats have their own third parties with which they must contend.

Some have pointed to the possibility of that mainstream candidate’s loss as a reason for opposing third parties — at least, third parties on their end of the political spectrum. But this is a short-sighted view. From the perspective of the right wing, again, voting third party so that the Democratic candidate wins would reveal to the Republican Party the power of the far right to deny them victory. When the next election comes around, the Republican candidate may be someone who is more acceptable to the right-wing third party. The change occurs not because the third party candidate was elected, but because he pulled a mainstream party’s candidate in his direction.

Many Republicans have argued that even if [their elected candidate] has proven to be less conservative than some on the right had hoped, he at least will put judges into office who will be better than those a Democrat would select. Judges, as everyone knows, can outlast a president and therefore will have a long-term impact on American legal interpretation. If a Democrat wins, the judicial legacy he leaves could be disastrous, from the right wing’s perspective. But this does not really counter the objections of the third party advocates. Why wouldn’t judge appointments move rightward along with the Republican candidate, when under threat from a right-wing third party? And, why would conservatives who are so concerned about the long-term impact of judge appointments be relatively unconcerned with a long-term leftward drift in the Republican Party?

This is an important issue for Christians who want to see Christian views reflected in the political sphere. Many Christians are moderates, of course, and are perfectly comfortable with one of the mainstream candidates. But others who find themselves at one end of the political spectrum are not satisfied. For example, opponents of abortion may find the inactivity of the Republicans on the issue frustrating. But Republicans have, for years, been able to pay lip service to the pro-life agenda without following through. They know that pro-lifers will see the Republican position on abortion as more acceptable than the Democratic position, however small the difference might be in practice. The presidential nominees of the Constitution Party have been critical of the Republican Party’s inaction on abortion, and hopes to loosen the Republicans’ grip on the pro-life vote. (The Constitution Party is not a one-issue party — it stands for a limited constitutional government, an end to foreign military intervention, an end to the federal income tax, and more old-fashioned ideas that do not have much of an audience within the Republican Party.)

On the Democratic side, radical environmentalists may not be content with their candidate's environmental agenda, but they will prefer it to the Republican agenda. The Democrats know this and have counted on a locked-in vote from environmentalists, but third parties like the Green Party present a threat in a close election. As long as those on the political fringes are willing to vote based on “winnability,” the two large parties see no need to grant concessions to their extreme elements.

These are all practical considerations, of course. What about the argument that we should vote for the best candidate “on principle,” no matter what the chances for victory? This would imply that write-ins should be a much larger proportion of the moral person’s votes — write-ins have next to no chance of winning, but the write-in is more likely to conform to the voter’s preferences than any of the existing candidates, including third party candidates. But voting is about communicating a political preference, and write-ins simply communicate a defection without conveying a positive alternative agenda. Third parties at least have a public platform that is recognizable to the mainline parties.

If you vote this election season, and are inclined to favor a third party but are concerned that you might “throw your vote away,” distinguish your vote from the rest of the crowd and go with that third party. But remember, too, that Christian society is not built on political accomplishments. Whatever happens this year politically, faithfulness individually, in the family, and in the church will be far more important in the long run.

Dr. Terrell has been on the faculty at Wofford since 2000, teaching principles of economics, American economic history, public finance, regulation, and other courses. He serves as faculty sponsor for the Wofford chapter of Americans for Liberty (YAL) and Reformed University Fellowship.

Terrell serves on the editorial staff of the Quarterly Journal of Austrian Economics and am an Associated Scholar with the Ludwig von Mises Institute in Auburn, Alabama. He is also a senior fellow with the Cornwall Alliance for the Stewardship of Creation and a policy advisor for the Heartland Institute. His research includes work on environmental regulation, property rights, and the ethics of market systems, resulting in multiple journal articles, policy papers, and testimony before a Congressional subcommittee on these topics.