On Saturday’s Election Integrity Update Garland Favorito revisited his press conference presentation where he announced VoterGA’s challenge of the GOP primary results in the Secretary of State’s race in which Brad Raffensperger certified his own victory claiming 52% of the votes in a four-way race. Lively conversation and Q&A followed.  We heard some of our supporters’ comments on testimonies in the January 6 Committee hearing regarding election integrity in Georgia. 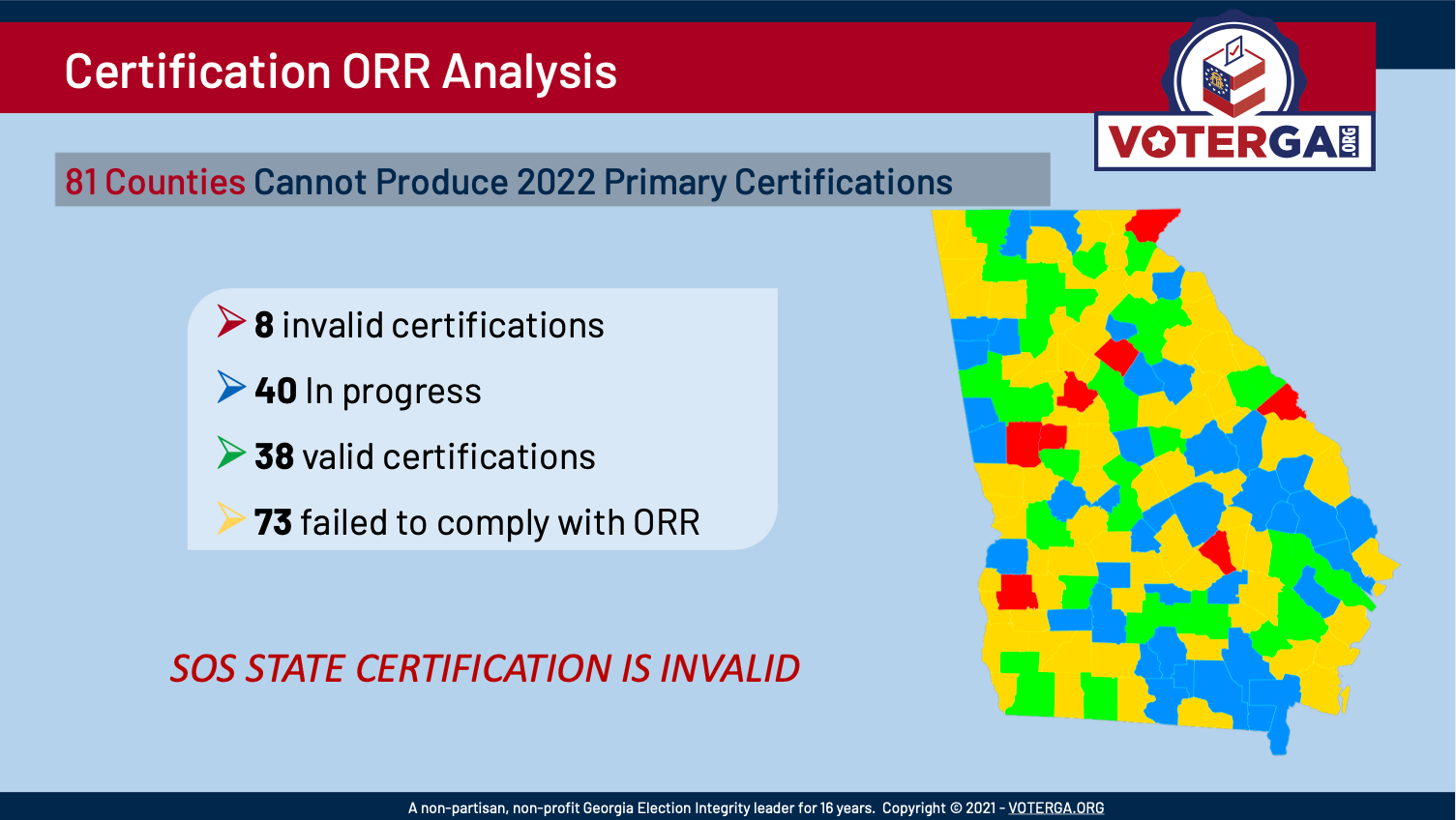 On the July 18th Election Integrity Update Garland Favorito announced that Voters Organized for Trusted Election Results (VoterGA) is on the verge of another major election integrity announcement for the Georgia 2022 primaries.  You can watch the highlights; please share widely. 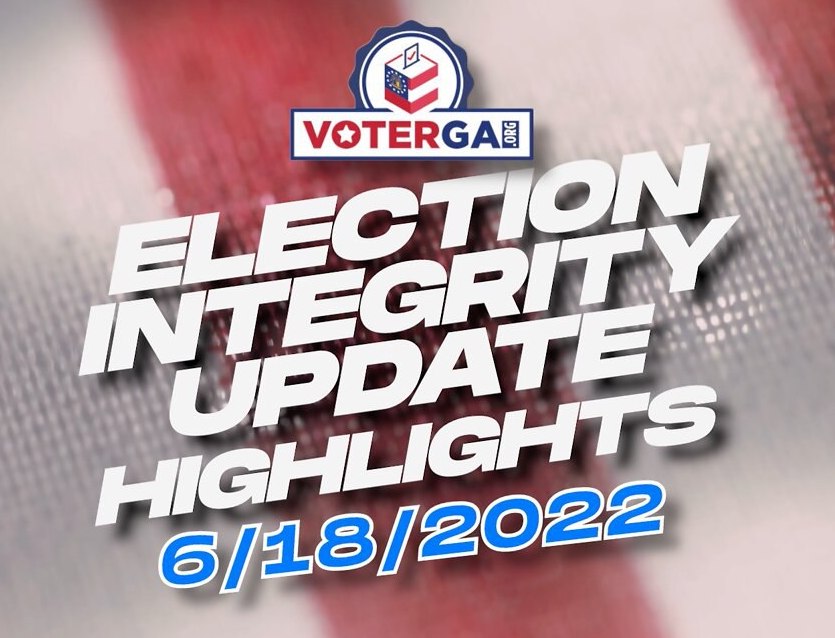 On Thursday, June 9th, Garland Favorito from Voters Organized for Trusted Election Results (VoterGA) held a press conference in Roswell to discuss vote count failures in the 2022 primaries. Inquiries about those failures were mishandled, which eroded the electorate’s confidence in the voting systems, and showed maladministration of our elections.  Garland provided details of how Secretary of State Raffensberger’s legal counsel is actively fighting transparency in 2022. Question: could the fact that a hand count audit in one metro-Atlanta precinct found that the voting system awarded Raffensberger 15% more votes than the voters selected have anything to do with it? 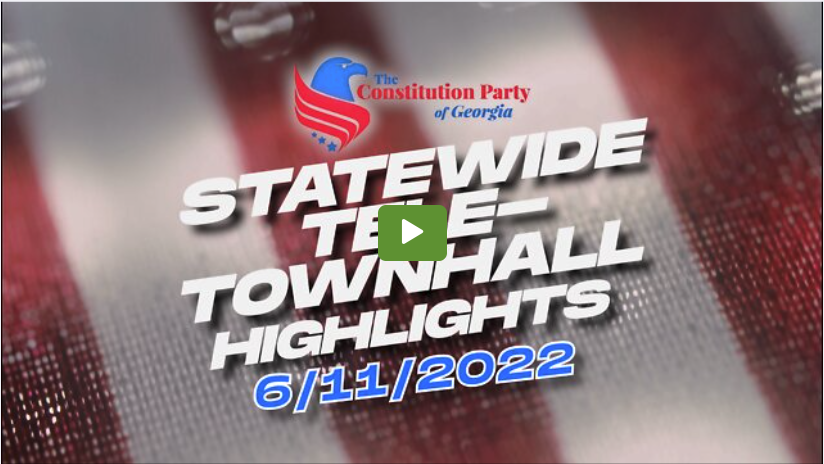 Georgia’s 2022 primary election is making national news with the recent DeKalb County full audit of their District 2 Commissioner's race.  The audit found that the Dominion voting system results cannot be trusted.  There was no correlation between the voting system results and the audit results which produced a completely different outcome for the race.  Garland Favorito from Voters Organized for Trusted Election Results in Georgia (VoterGA) and Marci McCarthy, DeKalb County GOP Chairwoman, discussed the details behind this astounding revelation. 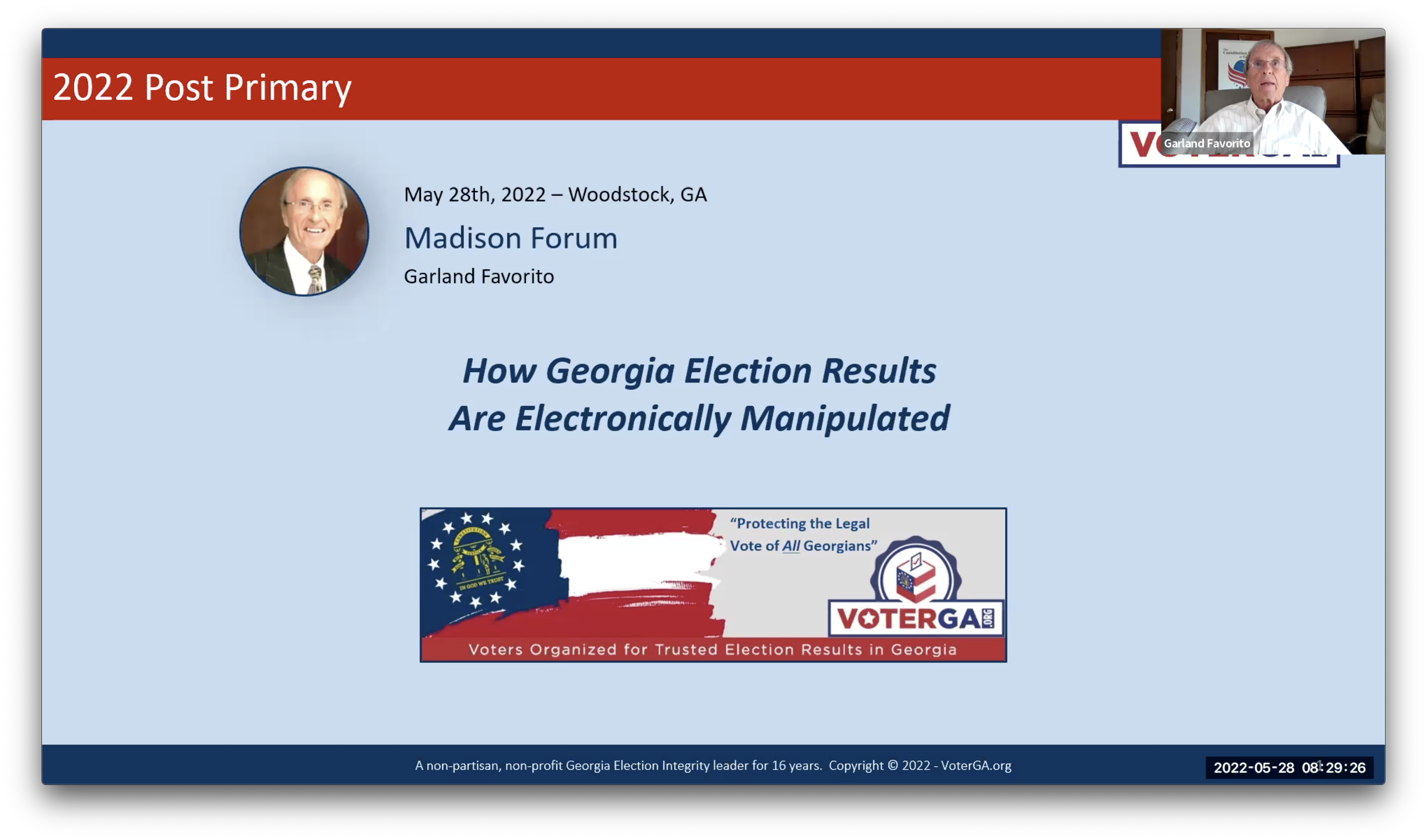 With all the reported problems during this month’s Primary Election and the number of candidates running across the state that made election integrity a campaign issue, I was not surprised that we had 327 people RSVP for Saturday’s Election Integrity Update.  During the first half of the meeting Garland Favorito summarized the issues and provided details on how Voters Organized for Trusted Election Results in Georgia (VoterGA) is working to inspect the ballots to confirm the results of the election.