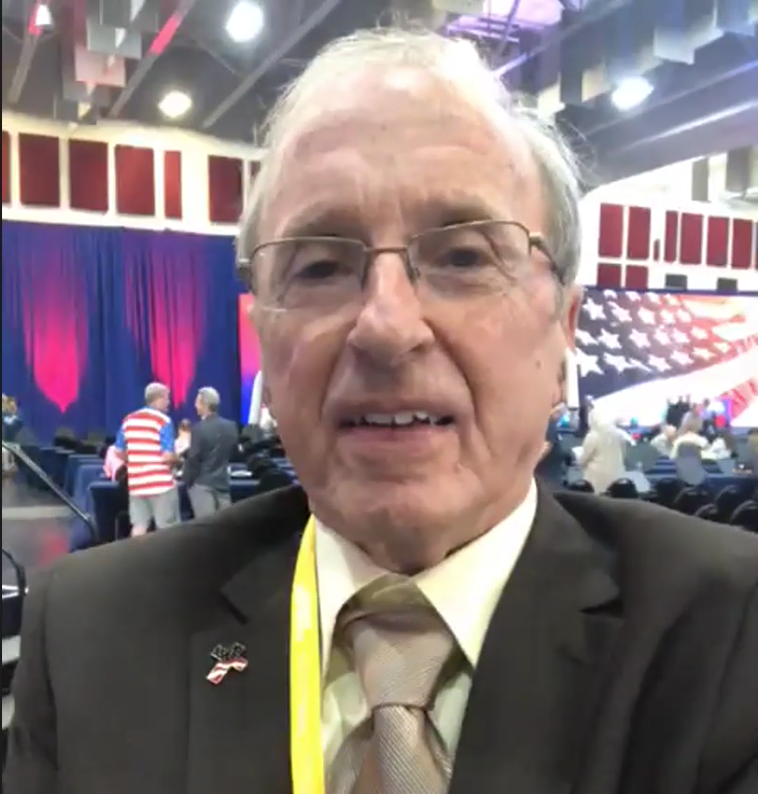 On last Saturday's Election Integrity Update, Garland Favorito reported live from Mike Lindell’s Moment of Truth Summit where he spoke about our election integrity efforts in Georgia.  Garland previewed his Georgia Election Fraud presentation in the State of the States Address.  Because of the importance of the Summit Garland reviewed the agenda of the event, and we shortened the meeting so that we could all watch the event live.  By registering at FrankSpeech.com you can watch Garland’s Georgia Election Fraud presentation as well as his 47 minute segment during Lindell’s Trial of the Machines.

On this week’s Constitution Party of Georgia Statewide Tele-Town Hall we discussed the party’s statement on the recent FBI raid at Trump’s Mar-a-Lago residence and heard commentary by Garland Favorito and Attorney General candidate John Gordon.

I provided an update on the Georgians Against Abortion coalition’s effort to have Governor Kemp call a special session to vote on the Personhood Amendment to our state constitution. We reviewed lessons learned from the election result against protecting preborn life in Kansas earlier this month.  You can view the petition calling for a special session at grtlpetitions.online.  Please take a moment to sign it and share it with other pro-life supporters.

On Monday August 8th, the Federal Bureau of Investigation (FBI) committed another unconstitutional search and seizure. This time the Justice Department initiated an unprecedented search on former President Donald Trump’s Mar-A-Logo home in an attempt to find evidence of violations of the Presidential Records Act. The warrant for this search has not been made public but it is believed to have been presented on behalf of Attorney General Merrick Garland and FBI Director Christopher Wray and signed by Florida magistrate judge Bruce Reinhart. Reinhart contributed to Obama’s campaign and represented key employees of Jeffrey Epstein in a controversial immunity deal that they received.

On Saturday’s Election Integrity Update we highlighted several efforts of fellow patriots and supporters from around the state getting involved in the fight.  Amanda Prettyman informed us that the Bibb County hand count of the Secretary of State’s primary ballots in three precincts will be conducted on Tuesday, August 16 (and August 17, if necessary).  Trained poll watchers representing the Constitution Party of Georgia can serve as election monitors to observe this hand count.  Email Tania Sosa if you would like to assist as an observer.

Surrea Ivy, Congressional Candidate for the 4th District, stunned us with her narrative on how she earned the support of 26,000 citizens across the political spectrum when she worked with Democrats on a petition drive.  The petition demanded a hand recount of the primary for both parties, and an injunction against Dominion until their system is removed from our state.   She announced a mock election to be held at the Duluth Public Library on August 27th,  11 a.m. - 4 p.m.  All participants will see the vulnerabilities of our current voting system and better understand why we cannot trust it for our elections.  Ivy also described an opportunity for us to join her by filing official complaint forms against the officials responsible for tainting our elections. We will continue to follow Ivy’s progress including her upcoming Federal Grand Jury hearing scheduled for the 1st week of September. Click here to contact Ivy to receive notifications for the mock election and additional efforts. 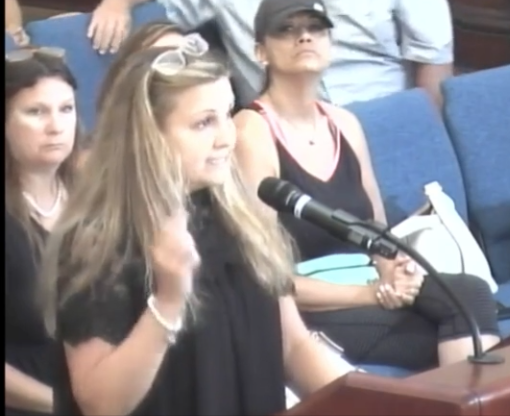 Vicky Sutton shared her experience speaking to her Floyd County Commissioners on why they need to rid the county of the Dominion voting systems.  She is following up that speech by giving her county commissioners copies of the 2000 Mules documentary. Next she plans to take her argument to her Board of Elections.  Click here for a transcript of Vicky’s speech.  I encourage citizens in every county across Georgia to do the same during public comment periods. 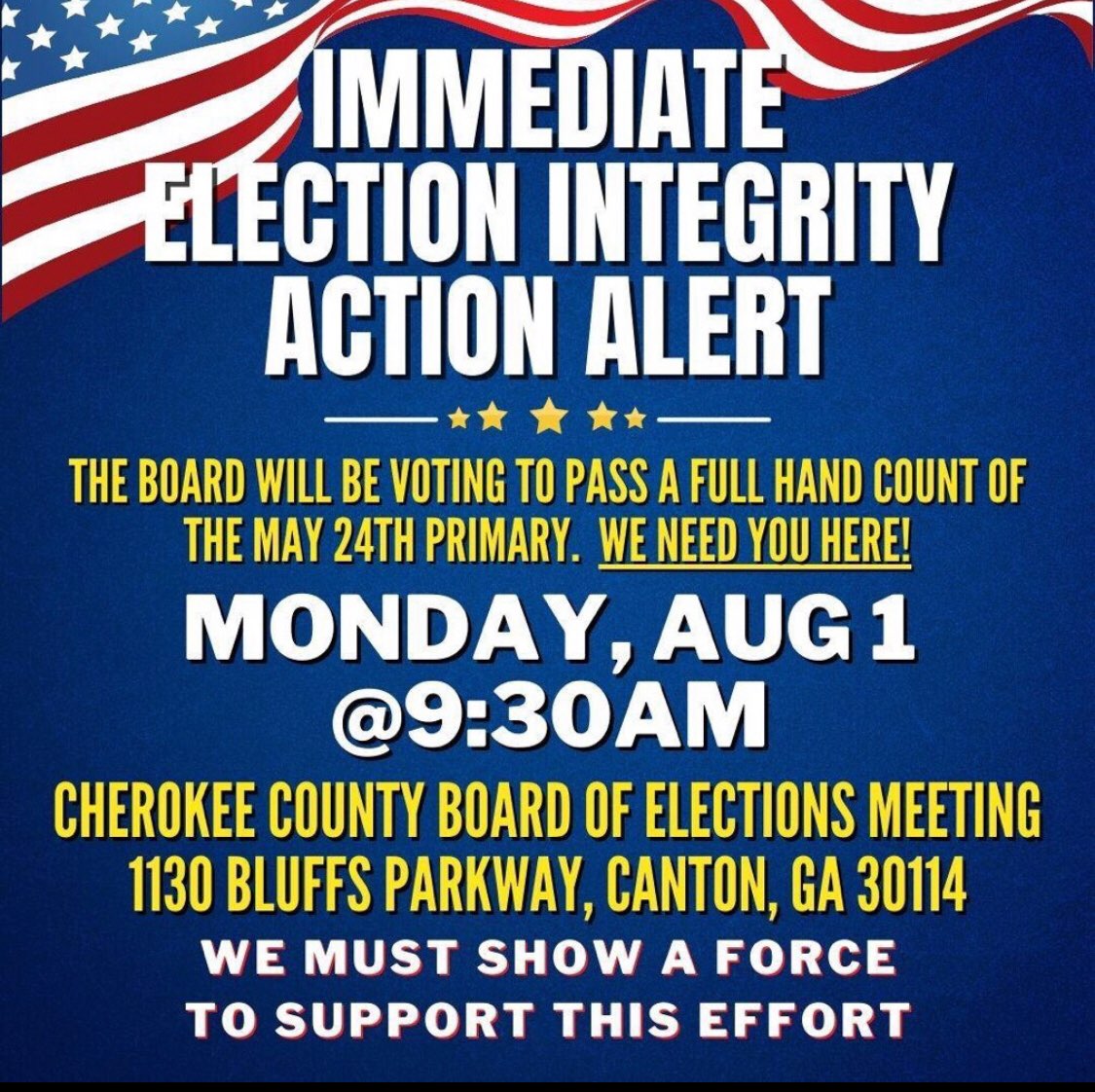 We are excited at how patriots across the state are taking up the issue of election integrity with their local officials!  Amanda Prettyman described her work with her county Board of Elections and successfully secured their vote for a hand-count of the GOP Primary’s Secretary of State race in 3 precincts in Bibb County.  Marcia Cox updated us on the upcoming vote for a hand count in Cherokee and called for a show of support at the Cherokee County Board of Elections Meeting on August 1st at 9:30 a.m. at 1130 Bluffs Parkway in Canton.  We were also informed of a 2nd call for supporters on Tuesday night’s Cherokee County Board of Commissioners meeting at 6:00 p.m. at the same location in support of eliminating the use of voting machines there.  Kimberly Hoechstetter updated us on the struggles surrounding the petition to unseal the ballots to perform a hand count of the 2022 Primary Election in Pickens County.  Sarah Thomas shared with us this template and instructions she authored for all of us to lawfully request to unseal our ballots in our counties.

Angie Allison informed us of an initiative by The America Project designed by Election Specialists to determine the level of transparency in each of Georgia’s 159 counties. She is looking for volunteers to meet with their County Election Superintendents to conduct this survey which poses a series of questions regarding their election processes and procedures. Interested volunteers may click here to contact Angie.