On the last Election Integrity Update Garland Favorito answered the question, “What do you mean there was no 2020 election fraud?” by presenting a summary of investigations and evidence in the battleground states of Georgia, Pennsylvania, Wisconsin, Arizona, and Michigan.  The twenty-minute presentation provided astounding information that will be published in an upcoming news report.  We’ll provide the link on VoterGA.org when available.  Garland also provided an update on the recent lawsuit in Fulton County, Pennsylvania and he debunked the claims of alleged malfeasance by Coffee County elections officials.

We heard from other local activists.  Victoria Cruz shared the template she used to notify her county Board of Elections that she does not consent to using the current Dominion Voting Systems and demands the use of hand-marked paper ballots counted and totaled by hand.  She encouraged everyone to use this "I Do Not Consent" template to express their concerns to their local Board of Elections.  Bill Quinn is challenging County Commissioners on their sworn duty to uphold Georgia law regarding the administration of their elections and the consequences of their failure to act.  Some Elections Officials are claiming that they cannot act unless there is an emergency (OCGA §21-2-366).  Bill noted that earlier this month President Biden renewed the national emergency declared in Executive Order 13848 with respect to the threat of foreign interference in or undermining public confidence in United States elections.  Bill also encouraged us to stay engaged in the political process and pointed to Arizona as an example of the success that will follow.

On this Saturday’s Election Integrity Update Heather Honey, Verity Vote founder, discussed  how the Electronic Registration Information Center (ERIC), a taxpayer-funded entity, is a primary obstacle to cleaning America’s voter rolls.  Founded and initially funded by the Left ostensibly to help with voter roll accuracy, ERIC facilitates the creation of new Democrat voters from a database of Americans who have declined to register to vote.  Heather explained why Georgia’s participation in ERIC is a threat to election integrity and how our state tax dollars, flowing through ERIC, are being used for partisan political projects to build Democratic turnout in elections.

David Cross reviewed the complaint that he and Kevin Moncla filed with the State Board of Elections on September 12th regarding the circumstances surrounding the official certification of Georgia’s electronic voting system by the Elections Assistance Commission (EAC).  Their investigation uncovered evidence that questioned the validity of Georgia’s voting system certification, the accreditation of the Voting System Testing Laboratory, and the credibility of the EAC itself.

On Saturday’s CP-GA Statewide Tele-Town Hall we were joined by Kevin Grindlay who highlighted points in his rebuttal to a letter sent by the Marc Elias Law Group to Georgia election officials apparently to intimidate them from removing invalid names on the county voter registration rolls.  Click here to read Kevin’s full response and share it as a resource for fellow patriots who want to work with counties to clean up voter registration rolls.  Kevin was a candidate in the GOP 2022 Primary race for State Senate – District 48 and was recommended by the CP-GA to our supporters, and we continue to support his election integrity efforts.

We then heard from Merrybelle Hodges and Kim Brooks who led the team that analyzed the entire Gwinnett County voter registration rolls for the 2020 general election and found the following:

In total their team submitted affidavits to challenge 37,500 voter roll entries including 20,000 that were credited for voting in the 2020 general election. 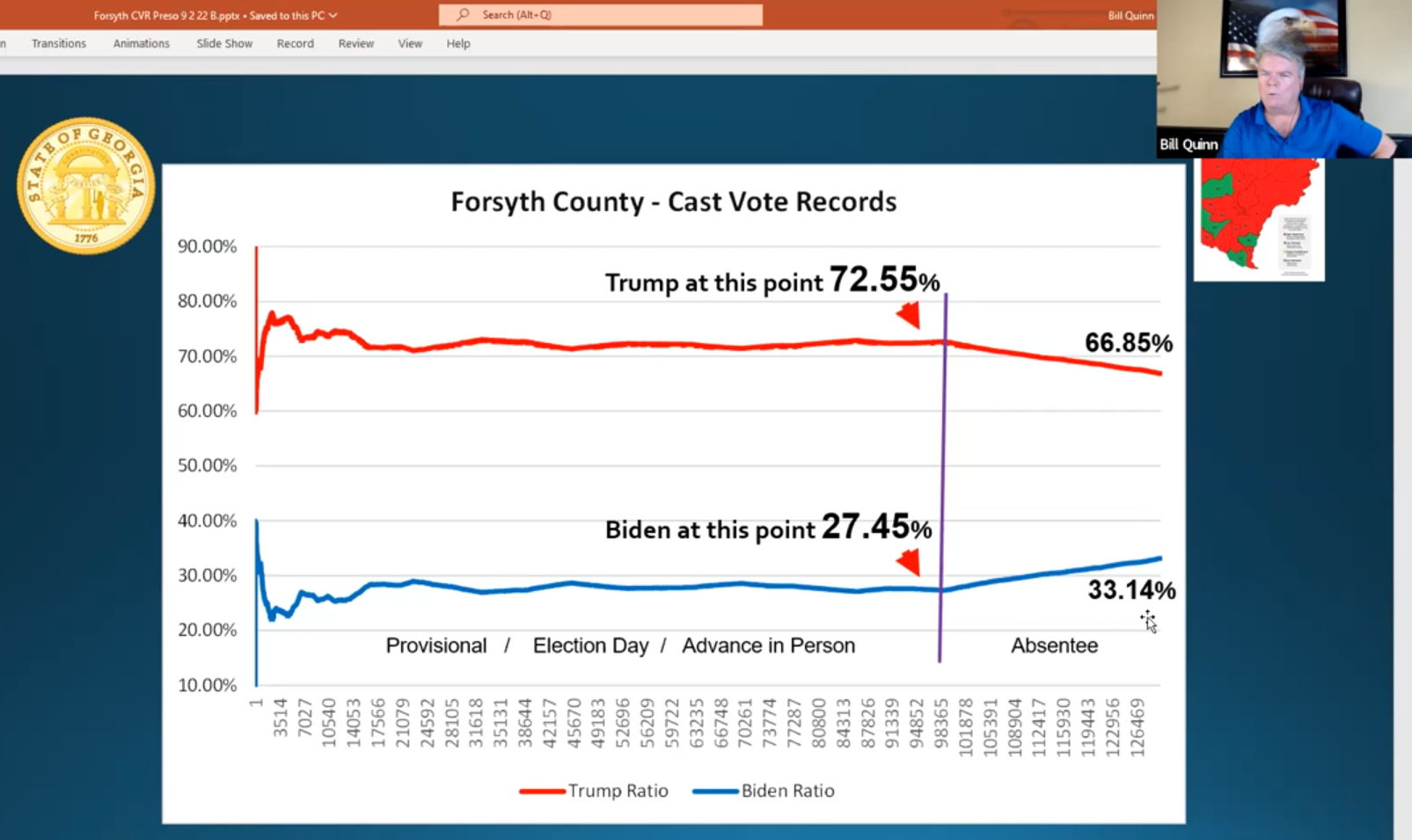 The Election Integrity Updates have been packed with information and action items, and last Saturday’s meeting did not disappoint.  Garland Favorito discussed the September 1st VoterGA Press Conference on the Gwinnett County voter roll challenge to prevent illegal ballots from being cast for phantom voters. His remarks described VoterGA’s efforts to preserve the 2020 cast vote records from every county in Georgia.

Other guests continued educating our audience.  Suzanne Tanner from the Georgia Election Integrity Coalition’s Legislative Team provided an update on their preparations for the 2023 Session.  Bill Quinn gave a fantastic presentation of the Forsyth County 2020 Cast Vote Records analysis that provided additional insight into the absentee voting problems there.  Bill also provided a quick update on the work of True The Vote, including the disturbing find of Konntech’s national database of U.S. poll workers, poll locations, etc. at an address connected to Communist China’s Internet backbone. 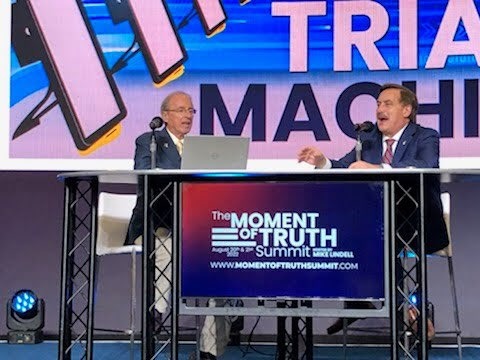 On the Saturday, August 27, 2022 Election Integrity Update activists discuss county updates from Franklin, Cherokee, Bibb, and Paulding.  Jason Boyce announced an upcoming meeting with the Franklin County Board of Commissioners on Tuesday, August 30 where he will call for a vote to change to paper ballots.  Contact Jason if you'd like to join him at the Franklin County meeting.

Ricardo Davis updated us on the Cherokee Board of Commissioners’ resolution calling the Georgia General Assembly, Secretary of State and State Election Board to remove QR codes from ballots.  Ricardo pointed out that a county board always has the right to choose hand marked ballots in any election if the use of the voting system is impossible or impracticable (O.C.G.A. § 21-2-281).  Given the security issues raised as well as the undisputed fact that Dominion’s use of QR codes to store votes violates state law, the county board should not have passed the buck, and Ricardo urged Cherokee citizens to continue to insist the board do its duty regarding their voting systems.

Amanda Prettyman reported on the results of the Bibb County hand count, which appeared to have missing ballots. She reminded us that even though the difference in the totals in two of the three precincts was small, it only takes small errors in precinct totals to make a result-changing difference in statewide and countywide races.

We heard from two Cobb County activists. Salleigh Grubbs reported that Cobb passed Sunday voting day despite recommendations against it from the Director of the Board of Elections.  Sue Sanford introduced a petition from Cobb to eliminate Dominion ballot marking devices in favor of paper ballots.

Tim Suddreth reported finding people who were issued two voter registration numbers. Each number showed up as voted in different ways, but the voters claimed in an interview that they only voted once and were unaware of a second registration number.  Suddreth announced a “digital poll watching” initiative to monitor the requests for absentee ballots to ensure they comply with the law.  Email Tim to volunteer for digital poll watching in these counties or for voter roll cleanup (statewide).