GRTL just released a video exposing how abortuaries are continue to profit even during the public health emergency. The Constitution Party of Georgia joins them and all other pro-personhood supporters who are petitioning the Governor to take quick action to be the fifth state to order all abortuaries closed during the pandemic!

SIGN THIS PETITION at GRTLPetitions.online to urge Governor Kemp and Attorney General Carr to order all abortion facilities in the State of Georgia to close.

The COEXIST Party… or the Constitution Party?

In my tenure as State Chairman I have been often asked, "Where does Christianity belong in our party?"  The answer is in the National Platform the delegates from across the nation have continually approved.  Since the question is normally asked by those with a sincere concern regarding religious tolerance, I will appeal to the to the platform in dealing with how we draw the line between promoting our Christian beliefs and promoting a theocracy. 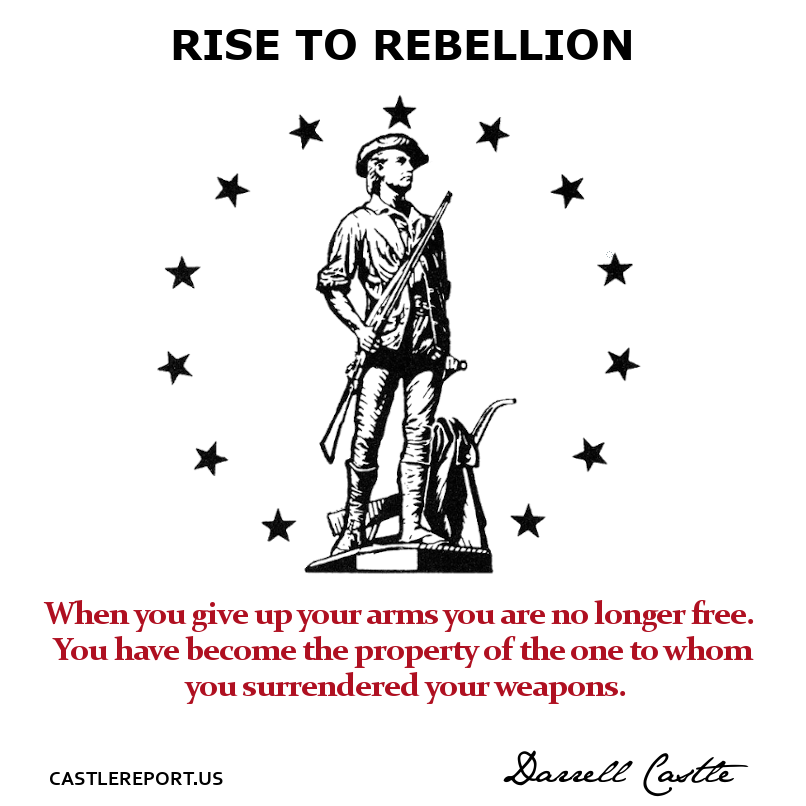 Darrell Castle talks about the rebellion of the people of the Commonwealth of Virginia to the new Democrat Governor’s and Legislature’s actual and proposed anti-self-defense laws.

Hello, this is Darrell Castle with today’s Castle Report. Today is Friday, January 24, 2020, and today I will be talking about the Rebellion of the people of the Commonwealth of Virginia to the new Democrat Governor’s and Legislature’s actual and proposed anti-self-defense laws.

The people of Virginia recently elected Democrat majorities in both houses of the legislature, plus they also elected Democrat Governor Ralph Northam. The Democrats promised to move for stricter gun regulations, including possible confiscation for non-compliance, and once in office attempted to fulfill their promises. Senate Bill 16 would impose five years imprisonment on law-abiding citizens who possess some of the most common firearms in America. Under this proposed new law, people otherwise guilty of no crime, would be sentenced to five years in prison for doing something that is protected by and enshrined in the Bill of Rights...  (Continue reading transcript)

ATLANTA (December 28, 2019) - The Constitution Party of Georgia has taken a bold stand in opposing the current Trump Articles of Impeachment on constitutional grounds. State Chairman Ricardo Davis explained, “Article 2, Section 4 clearly requires a significant and serious crime to justify impeachment. No such crime is alleged in the two impeachment articles because the House Intelligence and Judiciary Committees did not hear witnesses who provided evidence of impeachable actions through their firsthand accounts of the material facts in question.”

Chairman Adam Schiff began an initial hearing with a fabricated account of the July 25th phone call between President Trump and Ukrainian President Zelenskyy.  This false narrative was the foundation for the Abuse of Power impeachment article. But the facts proved that Trump received nothing of value from Ukraine. Zelenskyy had a relevant meeting with Trump, and the appropriated aid was released on schedule.

Elections Director Garland Favorito added, “It is appalling that Congressional members rationalized their impeachment inquiry with erroneous references to the U.S. Constitution. The chairmen of the committees were obligated to adhere to 5th and 14th Amendment due process provisions adopted by their House rules. Similar rules established precedents that were afforded to Presidents Bill Clinton, Richard Nixon and Andrew Johnson.”