Trumped-Care: if at first you don’t fail, try, try again

By Joel McDurmon, President of American Vision
(Originally posted at AmericanVision.org on May 5, 2017)

We previously discussed the fraud that has been “repeal and replace” ObamaCare. That fraud was rightly killed by the more conservative members of the House. Now Republican leadership has tweaked the fraud enough to convince enough of the holdouts to go “yea.” Now the House has passed a slightly modified version of the last slightly modified version of ObamaCare. A few comments...

First, it’s easy to see why some Republican vote-gatherers changed their tune: this will make it easier for them to do not much about ObamaCare and say they did, and still gather votes. More on that in a minute.

Second, there is little difference from the first attempt. The difference is that House leadership pulled and an idea or two that was a roadblock to some of the more hardcore conservatives. Now they could vote yes. But this made some moderates uncomfortable. So, they stuck the same principle back in under a new name. Same bill as before, but now both moderates and hard conservatives who were on the fence can pretend they got what they want and then either play dumb or righteously angry when the results come in later (some of which are not slated even to begin until 2019 by the way).

Not a huge change at all, really; but it can be pitched like a huge change. Under ObamaCare, the money came back through a subsidy. “Subsidy?! That’s socialism!” My own family, for example, qualified for a subsidy that would have saved us about $320 per month in premiums. I declined, because I did not want to be dependent upon the socialism that is the ObamaCare exchange.

Under the new plan, however, the stigma of a socialistic subsidy is gone; you can now get your money back as a tax credit when you file your returns. A guy my age, in my county, and in my situation will receive a nice $3,000 tax credit for having health insurance (see the pic below, based on this website). That’s a sweet deal, and it looks no different to the average person than receiving child tax credits or any other tax credits. No “socialism” here! Right?

Of course, we know that anytime government is in any way involved in taxation and interference in the marketplace, requiring the purchase of goods or services, you have socialism to some degree—call it whatever you may. Here, the government gives you back tax money as long as you spend it how the government wants. The money comes from and goes to the same places, without freedom; there are just a few tweaks to the middle processes.

This bill, if it passes, is going to fool a lot of people, and will win the affection of many conservatives, who have in typical American voter fashion already long forgotten about all the vehement protests against socialized health care and T.E.A. etc., etc. If this bill passes, you will soon see countless conservatives defending this system like they now do Social Security, MediCare, MediCaid, and public schools.

On top of this measure, the bill does something even more socialistic. It creates an additional $8 billion (to start) fund to help states fund high-risk people. The new bill essentially took away the feature of making insurance companies accept preexisting conditions. So, upon objection by some moderates, this fund was created; but it has major problems, practical and theoretical.

The practical problem is that $8 billion is a pittance of what will be needed. If this provision lasts, look for it to skyrocket, or at least listen for the yelps from the states that need and demand more money.

The theoretical problem: this fund hanging out there on the side of the system is nothing less than what some leftists have already identified as a single-payer system. The Nation writes,

This is single-payer for dummies. In a single-payer system, the government picks up the health-care costs for the population, paid for through progressive taxation. The market power of having one insurance payer can work to lower overall health care costs, making the system sustainable. In Trumpcare’s single-payer for dummies, the fragmented private-insurance middleman remains intact. But taxpayer dollars still pick up the health-care costs for those who cannot afford it. Instead of acquiring market power, they just give those taxpayer dollars to the private middlemen, which tells the private middlemen they can charge whatever they want and always get paid.

After all, if the paltry $8 billion doesn’t work to prevent massively increased costs for those with pre-existing conditions, the public will cry out for more protection. And since Obamacare created an expectation that the sick would be protected in America, that would lead to more taxpayer dollars put to this use, leading to higher prices, and more money, and so on, in a death spiral. That’s why it’s single-payer for dummies: It has all of the logic of the government stepping in to make sure everyone has health-care coverage, with none of the efficiencies that should create.

They are substantially correct in spotting the socialistic nature of this program, just not on the idea that a true single-payer system creates “efficiencies.”

The problem with all of this is that the real problems with health care in America go so much deeper than any current discussion of them. We can blast ObamaCare as “socialized health care” all we want. We can pretend that even a full repeal of it with no replacement would be better in principle, even if we could get over the practical, emotional hurdle of eliminating coverage for 24 million poor people. We could pretend that by doing this we have eliminated socialized health care in America—and yet we would not even be close.

The government is, and for a long time has been, so entrenched and entangled in health care that you can hardly take an aspirin without participating to some small degree in socialized health care. Researching just a little for this article, I came across an old dead stem of a blog post of mine from 2009. Read this:

Since Obama, Orszag, and the rest of the left have targeted the skyrocketing costs of healthcare as a reason for more government control, I think we should be open about the reason for these continually increasing costs. In addition to some obvious factors (a rapidly aging population), we should note the effects that ever-increasing government control has ALREADY had so far. And we want more of this? This from economist and author Tom DiLorenzo:

Some years ago, the Nobel-laureate economist Milton Friedman studied the history of healthcare supply in America. In a 1992 study published by the Hoover Institution, entitled “Input and Output in Health Care,” Friedman noted that 56 percent of all hospitals in America were privately owned and for-profit in 1910. After 60 years of subsidies for government-run hospitals, the number had fallen to about 10 percent. It took decades, but by the early 1990s government had taken over almost the entire hospital industry. That small portion of the industry that remains for-profit is regulated in an extraordinarily heavy way by federal, state and local governments so that many (perhaps most) of the decisions made by hospital administrators have to do with regulatory compliance as opposed to patient/customer service in pursuit of profit. It is profit, of course, that is necessary for private-sector hospitals to have the wherewithal to pay for healthcare.

Friedman’s key conclusion was that, as with all governmental bureaucratic systems, government-owned or -controlled healthcare created a situation whereby increased “inputs,” such as expenditures on equipment, infrastructure, and the salaries of medical professionals, actually led to decreased “outputs” in terms of the quantity of medical care. For example, while medical expenditures rose by 224 percent from 1965–1989, the number of hospital beds per 1,000 population fell by 44 percent and the number of beds occupied declined by 15 percent. Also during this time of almost complete governmental domination of the hospital industry (1944–1989), costs per patient-day rose almost 24-fold after inflation is taken into account.

The more money that has been spent on government-run healthcare, the less healthcare we have gotten. This kind of result is generally true of all government bureaucracies because of the absence of any market feedback mechanism. Since there are no profits in an accounting sense, by definition, in government, there is no mechanism for rewarding good performance and penalizing bad performance. In fact, in all government enterprises, exactly the opposite is true: bad performance (failure to achieve ostensible goals, or satisfy “customers”) is typically rewarded with larger budgets. Failure to educate children leads to more money for government schools. Failure to reduce poverty leads to larger budgets for welfare state bureaucracies. This is guaranteed to happen with healthcare socialism as well.

And the truth is, the problem is far worse that even this describes. There is tons of crony capitalism on top of this bureaucracy and regulation. This includes not just health insurance, but hospitals, pharmaceuticals, medicine, and vaccines, therapies, physician and nursing education, medical supplies across the board, medical devices and technology, lab work across the board, and research and development for all of these fields across the board, and more. All of it is big corporate, has powerful lobbies on capitol hill, and this drives all facets of the problems: crony “capitalism,” hidden subsidies, unfair tax advantages, and the regs and bureaucracy.

If you’d like to talk about real health care reform, you need to set a goal for walking all of this back to a truly free market.

But what about all those sick and poor who would be left out? Let’s start solving that problem with a couple simple definitions:

1) Paying money for the promise of funding future bills in the unlikely event of a major sickness: That’s called “insurance.”

2) Paying money to cover the bills of someone who is already sick and cannot afford their bills and could never afford insurance either: That’s called “charity.”

Long before the government takeover of health care DiLorenzo described above, there used to be such a thing as charitable hospitals, mostly run by churches. There may still be a few. However many there are, there could and should be a lot more. But this would require churches to stand up against government encroachment, speak out against government, resist government, and in general start health care programs and hospitals once again.

As usual, a good bit of blame can righteously be laid here at the feet of the American evangelical pulpits, church leadership, and seminaries.

But many conservatives are going to see this as a victory. It may help prevent, therefore, the rearrangement of any Republican chairs in Congress come the next election. Or so they hope.

Now, if you’ll excuse me, I need to go plan which insurance company to spend my tax breaks with. 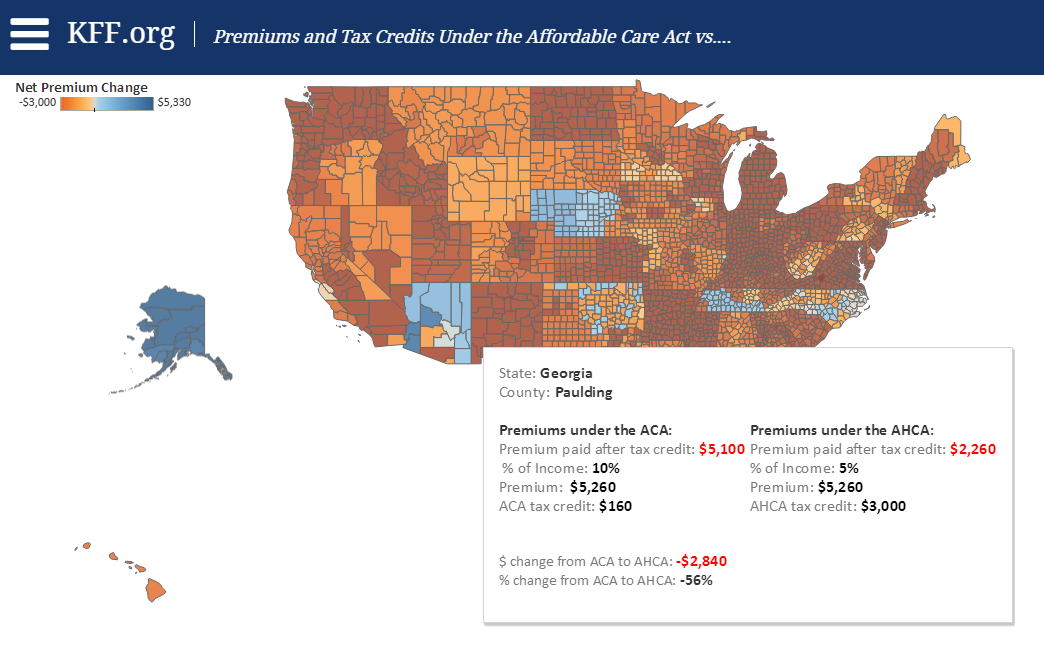 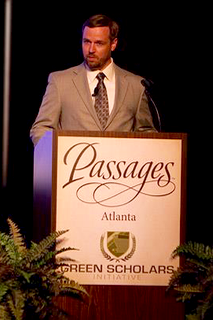 Joel McDurmon, Ph.D., is president of American Vision and has authored more than twenty books including: Restoring America One County at a Time; The Bible & War in America; Biblical Logic in  Theory and Practice; God versus Socialism; The Return of the Village Atheist; and Jesus v. Jerusalem. Dr. McDurmon is also featured in several audio and video lectures on various topics of economics, apologetics, and church history. He has served with American Vision since 2008. Joel and his wife have four sons and one daughter.