The COEXIST Party… or the Constitution Party?

In my tenure as State Chairman I have been often asked, "Where does Christianity belong in our party?"  The answer is in the National Platform the delegates from across the nation have continually approved.  Since the question is normally asked by those with a sincere concern regarding religious tolerance, I will appeal to the to the platform in dealing with how we draw the line between promoting our Christian beliefs and promoting a theocracy.

If you grew up pagan and became a Christian in adulthood then you can sympathize with how you formerly saw the Christian way of life as a restrictive bondage, only to find out that following Christ is the invitation into the greatest liberty and freedom a person can ever respond to and participate in this side of heaven.

The preamble to the Constitution Party’s National Platform starts as follows, “The Constitution Party gratefully acknowledges the blessing of our Lord and Savior Jesus Christ as Creator, Preserver and Ruler of the Universe and of these United States. We hereby appeal to Him for mercy, aid, comfort, guidance and the protection of His Providence as we work to restore and preserve these United States.”  Yet in the minds of fevered progressives these words are supposedly the foundation for the party’s institution of a dictatorial rule over America by the party’s presidential candidate where only Christians will enjoy the protection of their unalienable rights listed in the Declaration of Independence.  I would expect this from those who follow Richard Dawkins or Sam Harris.  However I'll grant that some Christian traditions (especially of Anabaptist heritage) come to the same conclusion but from different premises.  And other sincere Christians who have come out of the classical liberal or libertarian wings of the modern political duopoly look at such a vision championed by our party's founder Howard Phillips with suspicion.  So a rational discussion is needed within the party nationally; consider this article one party leader's efforts to bring clarity to the theocracy question. 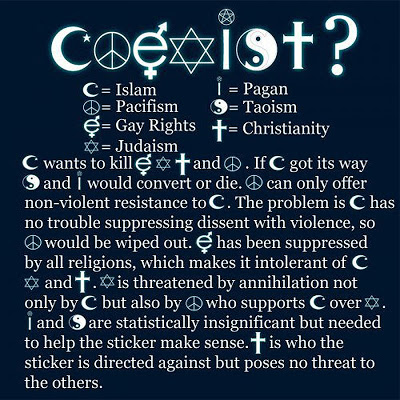 Our modern American culture throws around the word theocracy as epithet and a curse, and looking at modern and ancient history I can agree with them if the “theo” (from theos - Greek for god) we're talking about is Allah, the god of the Mohammedans.  Indeed, what has happened in Iran in recent history is held as the defining example of a theocracy.  But if the “theo” we’re talking about is Jesus Christ then what does his “cracy” (from kratos - Greek for rule) look like? Since the Bible clearly talks about true and false religion, then what is it say about the differences between true and false theocracy? How did Jesus and Mohammed exercise their rule during their lifetimes?  How did those who heard and learned from these two leaders of world religions implement their rule in their lifetimes?  In the answer to these questions we see that the liberty proclaimed in the American Revolution and Mohammed’s caliphate (and I might add modern history's account of the uprisings in the Middle East, Persia, North Africa, etc.) lead to drastically different outcomes.

Dr. Kenneth Talbot, Professor of Theology and Apologetics at Whitefield Theological Seminary explained, “The term ‘theocracy’ is, indeed, a misunderstood concept even among historic Orthodox and Evangelical Protestant Christianity.”  In American culture our government schools promote a secular understanding that any religion’s prominence in a culture is tyranny, and the history of Christianity is cast within this understanding.  But as Talbot observes, “Theocracy, however, as properly understood in terms of Biblical law within the context of Hebraic and Christian theology denies the right of the dictatorial rule by one or a few men” (emphasis mine).  So instances in Biblical history through today we can easily render illegitimate examples of where dictatorial rule by one or a few men was attempted the name of the God of the Bible.  Not to mention that any plain reading of the Old Testament in particular shows that the Hebrew Republic had a multi-tiered representative form of governance.  So education is key for new supporters to who have been generally speaking indoctrinated with modern America's false understanding of theocracy.  Howard Phillips, the founder of the Constitution Party, clearly rejected this and we would do well to seek to understand why and then clearly communicate the liberty and freedom that true theocracy brings.

Not only were religious tolerance and religious freedom defined differently in the Founder's America, leftists use false theocracy as the fulcrum to systematically undermine the religious liberty of Christians in the courts of law and the court of public opinion.  Thus it is clearly troubling when party leaders today appear to frame discussion of tolerance in the same manner.  To avoid the discussion by appealing to what is normally called American civil religion implies that we agree with the policy of the pax Romana:  you are free to worship whatever god you please as long as your god doesn't claim an authority over the government.  Yet history shows that this is exactly why the Roman government saw Christianity as an existential threat:  Jesus said at His ascension, “All authority in heaven and on earth has been given to me” (Matthew 28:18).  The martyrdoms ceased when Rome recognized Jesus' claims.  This is the foundation of true religious liberty, not liberalism, not libertarianism, not relativism, nor any form of Christianity that denies the plain implications of the Scriptures teachings on the subject that have been recognized since those days.

The GOP in recent history has given us two presidents who were marketed as representing the kind the generic theistic morality; the first insisted that Christians and Muslims worship the same god and the second was an admitted polytheist.  Nothing has changed with current Republican President.  This confusion is at the foundation of much of this nation's understanding of religious tolerance, and the National Committee’s communications strategy cannot communicate that same confusion to the party’s supporters or the general public that the major conservative Christian political organizations have done for decades.  Martin Luther King, Jr.'s “I have a dream” imagery was clearer in this respect, but I saw how the second wave of Christian civil rights activists took this a distorted understanding of tolerance and transformed the civil rights movement into a willing tool of Rainbow Jihad whose contribution to their victories against true religious liberty were signified by the White House in rainbow colors.

This religious tolerance debate isn't limited within the Constitution Party.  This is a battle that has the attention of Christian leaders here in Georgia because Christians who have supported the GOP for years found that the state GOP is more interested in protecting the current policy of tolerance rather than true religious liberty.  Dr. Gerald Harris of the Georgia Baptist Convention wrote with laser-like clarity when he commented, “And on a more personal note for Georgia Baptists, why would Dr. Russell Moore (Executive Director of the Ethics and Religious Liberty Commission of the SBC) spend his professional capital to defend the religious liberty of Muslims in New Jersey to build a mosque and fail to exert the same energy to get involved in Georgia’s quest to pass religious liberty legislation?”  Dr. Moore later responded, "A government that can tell you a mosque or synagogue cannot be built because it is a mosque or a synagogue is a government that, in the fullness of time, will tell an evangelical church it cannot be constructed because of our claims to the exclusivity of Christ."  Really? So we protect religious liberty for Christians in America by giving sanction to a religion whose historical understanding of law and government is antithetical to the American view?  Our nation's founders rejected this!

Which brings me to a question of the party's outreach and marketing strategy:  what is the target set of voters for the Constitution Party’s message?  Stated another way, how many Americans share the core religious beliefs of the citizens that gave rise to our republican form of government that the Constitution Party is trying to restore?  I think research like Barna’s is much more reflective of the true state of the nation, breaking down America into segments that truly reflect the nature of their beliefs.  A political campaign consultant would never waste a campaign's money on communicating with people who are not registered to vote or are registered but don't bother to vote.  Barna's research shows there is 23% of America's adult population that believes the Bible is accurate in all the principles it teaches and have read the Scriptures within the past week, and 10% possess a Biblical worldview necessary to sustain constitutional governance.  Instead of trying to figure out how to reinvent the Constitution Party’s message to sell the party to nominal Christians who don’t read the Bible or pagans who do not care what it says, why not focus our resources getting our message that 23% folks who intuitively agree with the source that animates much of the party’s platform?  It would not be difficult to craft a compelling a message to that audience that communicates our party’s acknowledgement the blessing of our Lord and Savior Jesus Christ as Creator, Preserver and Ruler of the Universe and of these United States. I think that same audience, which during election season is familiar with calls to reflect upon 2 Chronicles 7:14 and other Bible passages, will instantly connect with the platform’s appeal to Jesus Christ for mercy, aid, comfort, guidance and the protection of His Providence.