Those who think the federal government’s overreach on transgender issues stops with the court fight between the feds and the state of North Carolina need to think again. A federal directive from the Obama administration being sent to public schools today directs that all public schools allow transgender students to use bathrooms and locker rooms of their chosen gender. School districts which do not comply risk a loss of all federal funding.

The federal directive, according to the Associated Press, comes from the U.S. Department of Education and the U.S. Attorney General. 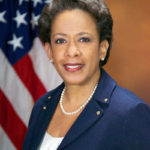 “There is no room in our schools for discrimination of any kind, including discrimination against transgender students on the basis of their sex,” Attorney General Loretta Lynch said in a statement accompanying the directive being sent to school districts today.

According to the Associated Press, the Obama Administration is also releasing a 25-page document with questions and answers dealing with ways schools are to make transgender students feel comfortable in classrooms and protect the privacy rights of students in restrooms and locker rooms.

Though the federal directive claims to offer guidance to local public schools, it includes the threat of a loss of federal funding for school districts which do not comply.

What does this mean for students and parents of students attending local public schools in Arkansas and across the nation? It means students and children may be sharing restrooms, locker rooms and showers with students of the opposite sex who choose to identify with a sex different than their birth sex.

The question also arises: “What about the privacy rights of children and students who are not transgender?” Must they give up their God-given rights to accommodate those who go against nature?

The federal government directive is but one more example of an out-of-control and immoral federal bureaucracy which has reached new depths of immorality and insanity under the Obama Administration.

We must remember that the U.S. Constitution gives to the federal government no power to regulate education in the U.S. Nor does it have the authority to overturn state laws or local policies regarding gender and restroom and locker-room usage. Read the 10th Amendment: “The powers not delegated to the United States by the Constitution, nor prohibited by it to the States, are reserved to the States respectively, or to the people.”

This is also an example of a federal directive which should be ignored and nullified since it is without Constitutional authority. If the federal government chooses to hurt school districts by withholding federal funds, states ought take over the collection of income taxes and withhold funds from the federal government.

And, finally, for Christians, subject to a higher authority than any earthly ruler or government, the Biblical principle is clear: “We ought to obey God rather than men” (Acts 5:29).

Randy Moll is Pastor of Good Shepherd Lutheran Church in Rogers and Managing Editor of the Westside Eagle Observer, a newspaper published in northwest Arkansas.