Constitution Party supporters and activists from around the nation will meet near the Dallas-Fort Worth International Airport for training and mutual encouragement at the the fall National Committee meeting.  Click here for registration and lodging information.  Friends of constitutional liberty are welcome. 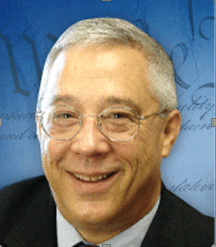 The keynote speaker this fall is former Oklahoma state representative Charles Key. He was instrumental in the Grand Jury investigation into the 1995 Oklahoma City bombing of the Murrah Federal Building and published “The Final Report,” a 600-page study of the jury's findings.

Having served for 18 years under both Democratic and Republican leadership, Key brings unique insight into the way state government really works. A life-long activist in the liberty movement, former State Rep. Key has been fighting for openness and transparency in government for over 30 years. One of his greatest personal achievements was passage of the Tenth Amendment Resolution which has now been adopted by over half of state legislatures in the union.

Key will address the representatives on the National Committee on "Stolen Government:  Why Your Representative Cannot Represent You, and What You Can Do About It."