By David Whitney, Senior Instructor at Institute on the Constitution
(Originally posted on TheAmericanView.com)

Consider the current wrestling with the health care question. Think of the history of health care... 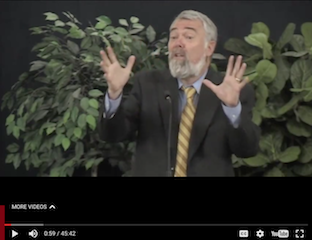 It began with Christians ministering to the sick and needy; did you know that all hospitals were originally places that ministered the Christian calling of hospitality – that is why they are called hospitals. They were places built by Christians to minister to the physical needs of others.

The history of insurance was the same. Christians saw a need and they designed a voluntary system to fulfill it. The first life insurance company was formed by a English Bishop, William Talbot and layman Sir Thomas Allen. They saw the terrible situation into which widows and orphans fell when the family bread winner died. Obeying the Scriptural commands to care for the widows and orphans they organized the Amicable Society for a Perpetual Assurance Office. Everyone subscribing would make an annual contribution to the shoe box – when a death occurred, funds were dispersed from that box. Depending on the remaining funds at years end, the amount of the next years contributions were determined. Health insurance followed a similar path. These were all voluntary private societies. But when civil government put its nose in the tent flap the whole picture changed dramatically. They began to proclaim, FDR being the first, that you had a right to health care. A right is very different from the original idea of someone voluntarily ministering to your physical needs.

“Fueled by academic studies and theories, politicians began to taste the success of being viewed as ‘social redeemers.’ [replacing the ministry of the saints to people’s physical needs] No longer were lawmakers elected to be the grown ups in the room who balanced the books and defended the Constitution. Politicians recognized that they could gain great esteem and effectual power by using government as the agency to give out benefits while paying for them with other people’s money. In this mindset, the redistribution of wealth ceased to be taxation without representation. It became a noble enterprise, with politicians taking the credit, especially in the arena of health care.”

The problem with insuring everyone’s health with affordable premiums is what about those who choose to live in ways that are destructive of good health – for example think of the violations of God’s seven commandment – sexual immorality is known to bring many deadly diseases to those who commit these sins. We could speak of the other health effects of illicit drug use, indulgence in alcohol as well as many other choices made by individuals. To make everyone pay the same means those who make bad choices and even sinful choices force others to pay for the consequences of their sins. That is what universal health care accomplishes, lashing the wallet of the righteous to the sinners, making the righteous pay for the sins of the sinners, while the sinners get away with transferring the burden of the consequences of their sin to those who chose not to sin.

“In the arena of health care coverage… lawmakers, lifestyle activists, the media and industry litigators are just waiting to pounce upon anyone who suggests that an indiscriminate lifestyle can be held accountable in any fashion. We have now reached the point where not only do we believe we have the right to live as we choose but we have the right to demand that others accept the cost of the consequences of our unhealthy behaviors. Irresponsibility is now considered the acceptable standard. What insurance company, even a nationalized insurance plan, can ever keep pace with the consequential costs of a population locked in the adolescence of irresponsible behaviors? All Congress can do is throw more money and debt at the problem and eventually ration care. But this does nothing to create a healthier base of customers to insure. Nor does it do anything to restore a higher standard of personal responsibility ….For over 100 years the political class has been trying to posture itself as the redemptive agency that could balance this health care equation. Politicians have tried to convince us that government is big enough to solve this problem. They have tried with Medicare, Medicaid and Obamacare. Their assumption has always been that government and government alone was big enough to meet the need and provide and regulate both insurance and health care. [that government is our Savior]

It is time to state the most obvious reality. No government agency is big enough to deal with the vast scope of health care, especially in a nation of 318 million people….We cannot cower before false compassion that refuses to answer for over 50 years of failed public policy and a $20+ trillion national debt….Even the most hardcore experiment in socialism failed in about seventy years. The Soviet Union fell because the idea of socialism does not work. Even a totalitarian state that obliterated the notion of private property altogether did not have the capacity to control the choices of millions of people longing to be free…The 100-year history of attempts to nationalize health care in America should tell us the same. The federal government was not designed to be America’s doctor, insurance provider, health care regulator and paymaster…Thomas Jefferson said in his First Inaugural Address in 1801 ‘Sometimes it is said that man can not be trusted with the government of himself. Can he, then, be trusted with the government of others?’” It all comes down to the issue of self government, if people will not be self governed according to the law of God, no other government can come along to save them. Civil government cannot save the fornicator, adulterer, or sodomite who is infected with an STD.

Salvation does not come from human civil government – Titus 2:11 “For the grace of God that bringeth salvation hath appeared to all men,”

Rev. David Whitney has been teaching the Christian heritage and history of our country with Institute on the Constitution for over a decade where he serves as Senior Instructor. David is an Honors Scholar graduate from Rutgers University with a Masters Degree from Denver Seminary. A minister for 32 years, he is currently the Pastor of Cornerstone Evangelical Free Church of Pasadena, Maryland. As an member of Clergy, Activist and Radio personality David has appeared in Washington Times, on Voice of America, Fox, ABC, NBC, CSPAN, BBC, and more...