Constitution Party supporters and activists from around the nation will meet near the Pittsburg International Airport for training and mutual encouragement at the the fall National Committee meeting.  Click here for registration and lodging information.  Friends of constitutional liberty are welcome. 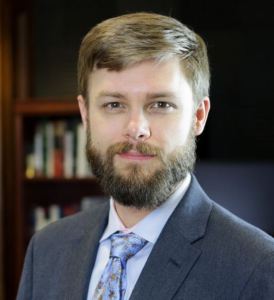 Trent England serves as Executive Vice President at the Oklahoma Council of Public Affairs, where he also is the David and Ann Brown Distinguished Fellow and directs the Save Our States project. He is an adjunct fellow of New Mexico’s Rio Grande Foundation.

He hosts The Trent England Show podcast, and formerly hosted morning drive-time radio in Oklahoma City. He has filled for various radio hosts including Ben Shapiro.

Trent previously served as Executive Vice President of the Olympia, Washington-based Freedom Foundation and had also directed the Foundation’s constitutional studies programs and Citizen Action Network. He was also a candidate for the Washington State House of Representatives and a legal policy analyst at The Heritage Foundation.

Trent is a contributor to two books—”The Heritage Guide to the Constitution” and “One Nation Under Arrest: How Crazy Laws, Rogue Prosecutors, and Activist Judges Threaten Your Liberty.” His writing has also appeared in the Wall Street Journal, Christian Science Monitor, Washington Times, and other newspapers.

Trent holds a law degree from The George Mason University School of Law and a bachelor of arts in government from Claremont McKenna College. He lives in Oklahoma City with his wife and their three children.