(ATLANTA, GA) The Constitution Party of Georgia (CP-Ga) and Green Party of Georgia have prevailed in their ballot access federal lawsuit against Secretary of State Brian Kemp.  Interest in the CP-Ga is at an all time high, and this victory provides a path to get the Party’s presidential candidate on the ballot in November.

After experiencing problems with achieving ballot access and having votes for its candidates not counted, the CP-Ga joined the Green Party of Georgia in its federal lawsuit against Secretary of State Brian Kemp to allow their Presidential candidates to be placed on the Georgia ballot. CP-Ga members donated their own personal money to help fund the effort and the plaintiffs eventually obtained pro-bono representation from Laughlin McDonald of the American Civil Liberties Union. 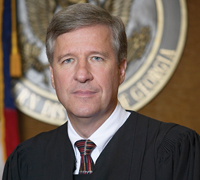 Federal District Court Judge Richard Story initially ruled against the plaintiffs but had his opinion overturned by the 11th Circuit Court of Appeals. Subsequently on March 17, 2016 he struck down the Georgia Presidential ballot access law that requires extensive petition signature collection for alternative political parties to place the name of their presidential candidate on a ballot. His interim ruling enjoins Secretary Kemp from enforcing current law that would have normally required over 52,000 verified signatures to place a candidate on the ballot. The new ruling reduced the requirement to 7,500 signatures, or about 0.15% of registered voters, a dramatic 85% reduction. Judge Story wrote that he was confident the new requirement was sufficient for the State of Georgia to achieve its compelling interest of avoiding ballot overcrowding and ballot confusion.

CP-Ga Chairman Ricardo Davis explained that this is only the beginning of the efforts for Georgians to have more choices at the ballot box and Constitution Party supporters to have the equal protection rights they deserve. “Judge Story’s ruling is a first step toward leveling the playing field so that Georgians can select the candidate of their choice,” Davis noted. “When my father’s generation worked to advance civil rights for African-Americans they fought not just for the right to vote but also to get their candidates on the ballot, because the former was useless without the latter. This election cycle it has become obvious to many voters that the two-party system has entrenched itself with regulations and laws to protect the establishment. Georgia is one of the worst offenders in the nation regarding ballot access.”

The CP-Ga is organizing its ballot access campaign now.  Interested Georgia voters wanting to fill out a petition to get its candidates on the ballot at all levels or help circulate petitions can sign up here: http://www.gaconstitutionparty.org/ballot_access_signup