NOTICE -- this month's special meeting will be held
at 6:15 p.m. November 13 instead of the fourth Tuesday
and will include dinner and desert.

This month the Constitution Party of Georgia will host a presentation by Georgia Citizens In Defense of Free Speech.  Learn how the state is using unconstitutional election laws to prosecute Canton TEA Party leader Carolyn Cosby for her effective political organizing and activism.  Seven years after the initial complaint was filed she was fined $30,000 for the exercise of her 1st Amendment Right of free speech.

Cosby's case is now before the Georgia State Supreme Court.  Will you be taken to court for your politically incorrect speech?

Constitutional Attorney Bruce Fein noted, “The goal of Attorney General Chris Carr is to control all groups.  State law now says even a church group praying in favor or against an electoral outcome would be required to register and disclose to the state or they could be found in violation of Georgia’s election laws and fined as engaging in activity ‘affecting the outcome of an election’ (O.C.G.A. Sec. 21-5-3(15)).”

Cosby will recount the events behind her case, explain the current law, and clarify the implications on your 1st Amendment rights.

Cosby stated, “When the complaint was filed I had no idea that controversy was about the State of Georgia violating our constitutional rights, I just knew it was wrong and I'm just too stubborn to pay fines for no wrongdoing.  In challenging the complaint I discovered this is bigger than me, this is about every citizen in Georgia being silenced by the Attorney General’s office enforcing unconstitutional state laws!”

Dinner will be provided:

To make sure we have enough food for all please RSVP by Monday, November 11 so we have an accurate headcount.

After the dinner and presentation there will be a Q & A session, as well as an opportunity to join with Georgia Citizens In Defense of Free Speech to help raise awareness of the stripping of your political free speech rights. 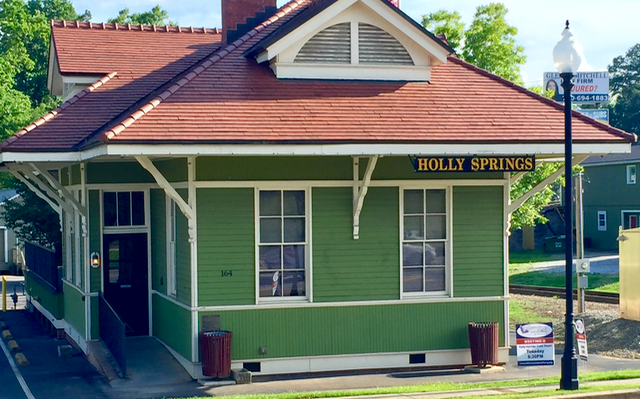 Note:  The Holly Springs Train Depot/Community Center is near the intersection of Main Street and Hickory Road next to the railroad tracks.  Confirm the directions from your GPS system; some place the address further east on Hickory Road.