The tragic and untimely death of Justice Antonin Scalia has had one good effect:  It has brought the terms “Textualism” and “Originalism” before the public eye.  Textualism is the doctrine that a law (specifically, the Constitution) says what its text says.  And Originalism is the doctrine that the text means what it would have meant to the people who wrote it and to the original audience for which they wrote it.  Justice Scalia was the great champion of this view in our generation.

Originalism then teaches that a law (or a treaty) means what it meant to the people who wrote it, voted for it, ratified it, or signed it. The job of those who interpret it then is to discover what that was and then apply (or amend, or repeal) that, not to reinterpret it to fit what they may think contemporary needs are. To do otherwise would be to create new laws by fiat, laws that no legislative body elected by anyone ever passed. It would in effect usurp from the people the rights they exercised when they elected the legislators who wrote and passed the original legislation. It is in effect to disenfranchise them. It is hard enough to write wise laws and to anticipate their unintended consequences. If those laws will be subject to later reinterpretations not tied to their original meaning, it becomes impossible. How would any legislator voting for (or against) the legislation have any idea what he was doing? 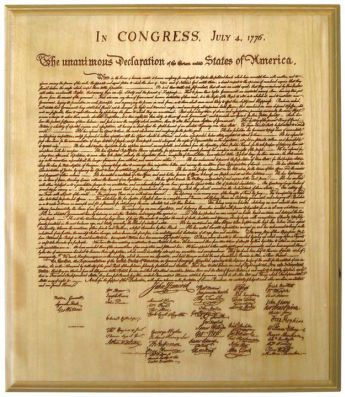 Thus Originalism must be part of the implied social covenant when we elect representatives to create our laws for us. Why? Because no one could be trusted with that job otherwise. That way, when laws do need to be changed, the changes will be agreed to after due deliberation, not just made up and imposed by fiat. Because no one can write anything immune from misunderstanding or misinterpretation, courts are needed to interpret the law. But their job is understood to be interpretation, that is, a good-faith effort through their scholarship to discover the actual meaning given to the documents by their authors. And if this is true of laws in general, it is doubly and triply true of the Declaration of Independence and the Constitution, the foundation on which all our laws are built.

Perfection is not to be found on earth in interpretation any more than in writing, and this fact is often urged as if it made Originalism impossible and moot.  But why should it?  If the impossibility of perfection were grounds for not doing something, all  of human life would grind to a halt and excellence in anything would perish from the earth.  The elusiveness of perfection is simply reason to keep trying to do better.  It is no reason to abandon the goal of what interpretation is trying to do.  Originalism then is not just one view of interpretation among many that may be debated; it is the only one that has a chance of preserving the social covenant and preserving the rule of law rather than the rule of men. 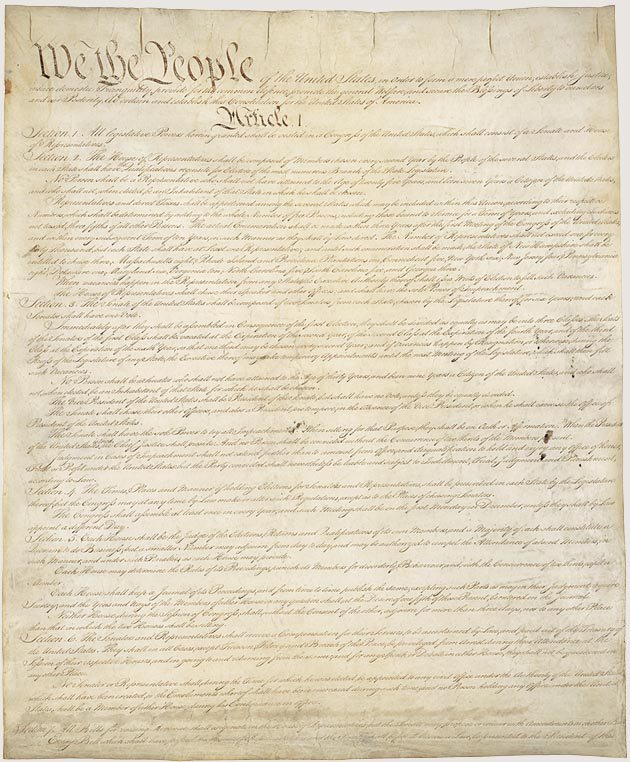 When defending Originalism, I always get pushback from “Living Constitution” advocates who say that the country has grown and changed, and the Constitution has to grow with it.  They are right as to the fact, but dead wrong in their implied application of that fact. The Framers knew that this would be the case, and they wrote a Constitution that was capable of a controlled growth that would not violate the social covenants of which it was the foundation. That is why they included a process for amending the Constitution. That process is properly explicit and rigorous, and it guarantees that the Constitution will grow organically and not arbitrarily.

I have been searching in the wording of the amendment process to find where it says, “Any five sophists on the Supreme Court may amend the Constitution simply by pretending that it says something that it doesn’t say, on the grounds that they think it would be socially useful if it did.” I am not finding that provision anywhere. What am I missing?  I am not missing anything.  The language is not there, and it is not there for good reason.  It is not there because the Framers were not foolish enough to provide for the rule of men rather than the rule of law.  If those charged with interpreting the law cannot tell the difference between interpreting it and remaking it, and if we let them get away with it, then the law loses its authority, and those men become king.

Originalism then isn’t just one view of interpretation among many; Originalism isn’t just right; it is essential to the very possibility of Constitutional government.  If the Senate is doing its job, it will ensure that no one is ever again confirmed to the Supreme Court who is not as intelligently committed to these principles as Justice Scalia was.

Donald T. Williams (BA Taylor University, MDiv Trinity Evangelical Divinity School, PhD University of Georgia) is R. A. Forrest Scholar and Professor of English at Toccoa Falls College in the Hills of NE Georgia. A dual citizen of Narnia and Middle Earth, he is a border dweller, permanently camped out on the borders between serious scholarship and pastoral ministry, theology and literature, preaching and teaching, Christianity and culture. He is best known as an Inklings scholar and Christian apologist. He is the author of nine books and many articles and would love to come to your church or school to preach or conduct an apologetics or Inklings seminar. Contact him at [email protected]

For more writings by Dr. Williams, go to http://lanternhollow.wordpress.com/store/ and check out his books, essays and poems in pursuit of beauty, truth, and goodness. 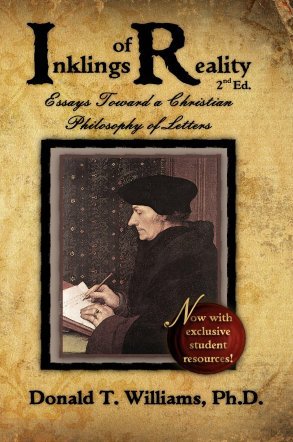