Remarks given at the March 15, 2008 State Convention
By Ricardo Davis, State Chairman

“The Constitution Party gratefully acknowledges the blessing of our Lord and Savior Jesus Christ as Creator, Preserver and Ruler of the Universe and of these United States. We hereby appeal to Him for mercy, aid, comfort, guidance and the protection of His Providence as we work to restore and preserve these United States…”
Preamble to the 2004 Constitution Party National Platform

“We, the members of the Constitution Party, gratefully acknowledge the blessing of the Lord God as Creator, Preserver and Ruler of the Universe and of this Nation. We solemnly declare that the foundation of our political position and moving principle of our political activity is our full submission and unshakable faith in our Savior and Redeemer, our Lord Jesus Christ. We hereby appeal to Him for mercy, aid, comfort, guidance and the protection of His Divine Providence as we work to restore and preserve this Nation as a government of the People, by the People, and for the People…”
Preamble to the 1999 Constitution Party National Platform 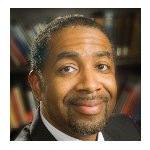 I joined the Constitution Party in 1993 as a founding member of the South Carolina state affiliate.  Back then and still today, discussions about the party and its purpose get contentious on the subject of “the separation of church and state.”  Usually those who do not acknowledge Jesus Christ as Lord argue that the party intends to establish a “theocracy,” and as such it stands against the plan of the nation’s founders who enshrined a “separation of church and state.”

Unfortunately such dialog has poisoned the unity of the party where individuals proclaim that the organization “is a party, not a church.”  Of course to test the veracity of such statements we must have a clear understanding of what is meant by “church”, “party”, “separation of church and state”, and “theocracy”.  To bring clarity to the issue I will make clear the Constitution Party of Georgia’s position on the lordship of Jesus Christ and the separation of church and state.

The American Republic is dying but the root cause is not the undermining of its Constitution.  America’s demise is rooted in a national rebellion against the Creator referred to in the Declaration of Independence and revealed in the Holy Bible.

The Scriptures repeat this theme to every nation:  repent from your violation of God’s moral law and His wrath and judgment will be stayed, honor and obey Him and enjoy His favor and blessing.  In acknowledging the Lordship of Christ we recognize that America’s political polytheism is a key indicator of the root problem and a national repentance is the solution, not a return to the Constitution.  Should the Constitution Party National Committee ever choose to embrace this political polytheism then it will go the way of the Whig and Republican parties.  However the Constitution Party of Georgia will not follow.

The excellent essay “The Lordship of Christ and the Separation of Church and State” by William Einwechter is included as an addendum to this speech in your Delegate Packet.  In it he compares the five views on the relationship between church and state, explains what the lordship of Christ is from the Scriptures, and reviews what the Scriptures say about the nature of the relationship between church and state.

The Constitution Party of Georgia’s confession of Jesus as Lord recognizes that such a title, biblically speaking, is mutually exclusive.  This is a result of the first of the Ten Commandments given by God the Father, “You shall have no other gods before Me.”  This stands against the confession of today’s head of the Republican Party who on numerous occasions has declared that the God spoken of in the Holy Bible and the god Allah worshipped by the Muslims are one and the same.

This same exclusion applies to every pseudo-Christian cult whose god and whose “Jesus” is something other than indicated in the Bible and testified to by the church over the centuries.  It also applies to the Universalist who would equate every religion in the world, and thus sees Jesus as one expression of god.

The One True and Living God spoken of in the Holy Bible has appointed Jesus as heir of all things, given Him all authority in Heaven and on earth, and declared Him King of kings and Lord of lords.  In that sense we speak of a theocracy that was inaugurated through King Jesus’ death, resurrection, and ascension.

The Constitution Party of Georgia is not involved in establishing an American theocracy as fancied by radical atheists such as Sam Harris or Christopher Hitchens, but rather recognizes the reality of the biblically defined theocracy that is present today with Jesus as King.  As such we give honor to the Lord Jesus Christ by not only recognizing Him as mediator between God and man but also between God and the nations of the earth.

The Church consists of those who have responded to the call of the Gospel of Jesus Christ, confessed and repented of their sins against a holy God, received the forgiveness of sins through faith in the propitiatory sacrifice of Jesus, and have pledged their primary allegiance to King Jesus.  This is what the Bible refers to when it refers to those who believe Jesus is Lord and Savior, the Scriptures call these people Christians.  Thus the membership of the Constitution Party of Georgia is made up of such persons.

One who willfully confesses agreement with the party’s preamble yet knowingly holds to a different understanding of the nature and work of Jesus Christ commits perjury.  Such a person is fundamentally at odds with the foundational principle of the party and by holding such opinions chooses to no longer be associated with the Constitution Party of Georgia.

A political party is a group of people who have a common understanding of nature and purpose of civil government.  The purpose of a political party is to recruit, train, and support individuals to participate in civil governance – from electors to elected officials and everything in between.  Like any other association their common understanding and purpose bind them; disunity through confusion must be checked if the party is to survive.

Therefore the Constitution Party of Georgia cannot excommunicate an individual from the Church, for that is the role of duly ordained pastors and elders.  Likewise it will not administer the sacraments or perform any other ecclesiastical role.  But it is the prerogative of the Constitution Party of Georgia to determine whether a member by their actions has chosen to repudiate the Lordship of Christ in the area of civil government.  Such an investigation should have as its goal to humbly restore the wayward member to a proper understanding and a reaffirmation of the Lordship of Christ, and should the person refuse then bid them leave.

Some argue that such a political party dooms itself to failure in today’s culture, for such a political party will never attract enough support to accomplish its purpose.  Some define success by adjusting the principles or policy of the party to include as many voters as possible to achieve electoral victory.

The fallacy in such a view is in how success is defined.

The recent history of the Republican Party is an instructive example.  Note how the leadership of the party intentionally disregarded the stated platform of the party in order to “cut in” as many voters as possible – almost always at the expense of the taxpayer.  Conservatives in the party who hold to the previous principles gripe and complain; those who had a vested interest in the party supported the variance and are rewarded by party leadership.

The Republicans used this strategy and gained electoral victories to the point that from 2001 to 2006 they had control of the federal legislature and executive.  A majority of the federal Supreme Court’s justices serving during this period were nominated by Republican administrations; this means that the Republican’s victory was complete at the federal level.

But far from the reversal of the Democrat’s failures, the Republican’s failures were greater still.  Our constitutional and religious liberties have suffered more damage, our federal government has sunk deeper in debt yet creating more welfare subsidies to individuals and corporations, our military stretched thinner as our troops are dispatched to more international police actions and our borders remain minimally defended against foreign invasion.

This is not victory; this is failure on a grand scale!

In contrast our former presidential candidates Howard Phillips and Michael Peroutka set forth a different vision of victory.  They defined victory as being faithful to do your duty honoring the Lord Jesus Christ in the political sphere, and leaving the results to the wise and gracious providence of an omniscient God.

Such a vision of victory means that the Constitution Party of Georgia as a political party can only be successful when the Church is proclaiming the Gospel and making disciples of the citizens of Georgia, teaching them to obey everything He has commanded us.  This vision of victory means that the work and success of the party is dependent upon supporters who are self-governed under Christ’s rule, who are part of families who honor God in their relationships with each other and their neighbors, who are part of congregations of Christians who are faithful to do the work of the ministry in their community.

This principle of the growth of the Kingdom of God is noted in Daniel’s prophecies as well as Jesus’ parable of the mustard seed in the Bible.  When citizens in a community are united in their confession that Jesus is King and Lord in their civil affairs, the work of the Constitution Party of Georgia will bear fruit in raising up of men to elected office who fear God and who apply the Word of God to every area of their public service – both ethics and law.

King Jesus is calling you and me to a multi-generational commitment to fulfill this vision of victory.

He is ready to pour out his Holy Spirit to those whose hearts are completely His in this work.

I encourage you today to pray, work, and give to make this vision a reality.